Rees Howells lived for the fulfilment of Jesus’ Great Commission, the Gospel to Every Creature, and he believed that Hitler (Nazism) and Mussolini (Fascism), the dictators of Germany and Italy, would have to be defeated for the peaceful work of world evangelisation to continue. He also saw Stalin of Russia (Communism), as a threat that God could use to defeat the other dictators whilst all three dictators were allies! Hitler and Mussolini were part of the Axis powers of Berlin-Rome.

For the Kingdom is the Lord’s, and He rules over the nations. A posterity shall serve Him. It will be recounted of the Lord to the next generation, they will come and declare His righteousness to a people who will be born, that He has done this

It may be hard to imagine now, but Britain in the late 1930s was on the verge of being invaded and occupied by the Nazis who were in league with the Fascists. Rees and Lizzie Howells, their son Samuel and the other prayer warriors at the Bible College of Wales, lived through and prevailed in the kind of prayer battles and intercessions that Isaiah and other Old Testament heroes experienced. Britain like ancient Jerusalem was going to fall to a foreign enemy, but then God said, “No,” and the intercessors with Rees, Lizzie and Samuel had to pray God’s will into being, with periods of fasting on many occasions.

On special anniversaries at the Bible College of Wales, Samuel Rees Howells would often refer to his dad Rees and the special intercessions he fought. He reminded us that, “The Lord’s Servant,” or, “The Director,” as Rees was called by Samuel’s generation, had walked costly pathways in the life of intercession that few in the Church understand or have experienced. His victories were great and the burdens, spiritual deaths and delays were challenging.

At the moment when victory seemed to be on the side of the dictators, Rees Howells made several public declarations that shocked some and inspired faith to encourage others. Those mighty nations and dictators which seemed invincible, Rees believed would be smashed because God Himself was against them. The work of reaching Every Creature with the Gospel was being hindered because of the dictators and their end was nigh.

And Jesus came and spoke to the disciples, saying, “All authority has been given to Me in Heaven and on earth. Go therefore and make disciples of all the nations, baptizing them in the name of the Father and of the Son and of the Holy Spirit, teaching them to observe all things that I have commanded you; and lo, I am with you always, even to the end of the age.” Amen

It is within the context of a European war from the mid-1930s onwards and the possibility of invasion in 1938 and 1939, that Rees Howells published his conviction in God Challenges the Dictators. There was also the fear of invasion in 1940 and the spring of 1942.

Rees Howells was eager to get his book out to help Britain pray, to inspire faith and trust in the living God over a righteous and just cause. He was able to get the book into print by mid-December 1939, to instil and stimulate faith in the face of overwhelming odds when fear of invasion was sweeping the land. A Specimen Chapter (a 32-page booklet) was sent to every minister in Britain, 20,000 copies!

The Nazis with their antichrist spirit had trampled over countries and their borders, annexing them, imprisoning and killing opponents, hindering Gospel advance. They had been persecuting the Jews in Germany since the early 1930s, and in Nazi-occupied European countries from the late 1930s. Christian ministers and those who opposed the Nazi régime were also imprisoned or put in concentration camps.

Hitler’s Nazis stormed across Europe removing Christian freedoms, and tried to annihilate the Jewish race like Haman of the old Persian Empire, however, Rees Howells and his team of intercessors stood resolute and strong to the end. The dictators would be defeated.

Within the pages of God Challenges the Dictators which Rees Howells began writing after the war was declared between Britain and Nazi Germany in September 1939, he pronounces the total defeat of Hitler and Mussolini and testifies to the way the Holy Spirit led him and the notable answers to prayer he received. This served as a confirmation of God’s greater objective.

The war lasted longer than many had thought, just like World War One when it was said, “It will be over by Christmas,” this was a delay, not a defeat, a spiritual battle between the Devil and God. He stayed steadfast that God would defeat the dictators and any questioning of his faith was for him, just another step in the process of the Refiner’s fire. If Rees Howells had to die more to the world and its opinions, he was prepared for it.

This article is based upon pages 5-7, 43-44 and 47, from the book Rees Howells’ God Challenges the Dictators by Mathew Backholer. 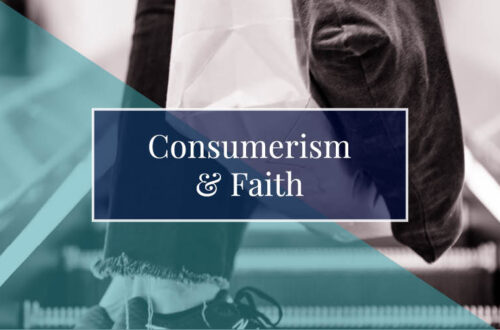 The Power of Prophetic Praise and Worship

What is the Baptism of the Holy Spirit?