The National Trust is in trouble. Volunteers are discreetly leaving, staff are losing their jobs, patrons are annoyed and some properties remained closed. This guardian of Britain’s treasures has been unassumingly drawn into America’s woke political war, without asking its patrons if they desire this divisive and selective reading of history.

When I walk around the ruins of lost estates, I realise how important the work of the National Trust and English Heritage is. They are staffed by experts and volunteers who maintain the treasures of British history, and are democratising access to vast estates and mansions.

Woke ideology has impaired the vision of the National Trust

In the forty locations I have explored recently, I’ve found the volunteers to be kind, decent and generous givers who cherish British history. They don’t want to be drawn into a ‘them and us’ attitude which is tearing America apart with America’s ‘woke justice’ flawed awakening.

Words employed by the National Trust leadership such as ‘decolonising’ and the ‘patriarchy,’ are straight from hard-left progressive liberal American universities. They have nothing to do with preserving Britain’s houses and gardens. The Trust has problems, but it still has a bright future, with income rising, partly due to staff cuts, but a shortage of volunteers means it is unable to fully function. But focusing on Britain’s sins without celebrating its legacy of freedom is a false reading of history.

Importing American blame wars, making assumptions about injustice, viewing history through the prism of a selective search for sin and becoming political is a fool’s errand for an organisation with the purpose of preserving Britain’s past for all.

The Trust judges the dead by a false standard

The donors of these vast estates could never have imagined the recipients digging up the sins of ancient ancestors, and forgetting the charity and contribution of the giver.

Staff are leaving and some sites are often closed

The National Trust is a tarnished treasure. Our impoverished ancestors could never have imagined the working class touring these grand houses, playing tennis on their lawns and enjoying these charming gardens. But if you’ve tried to plan a day out, you’ll discover something strange. Some houses and gardens are closed, vast sections are sealed off and volunteers say, “We can’t get the staff.”

The mission of the Nation Trust is to preserve British history, not criticise it

Why are volunteers giving up? I’ve listened to staff, followed the AGM controversies, and monitored the conversation online about the reasons people are giving up: political correctness, wokeness, gender lectures, the cost of living and the lasting impact of the Covid lockdowns.

The National Trust’s founders, entrusted with protecting Britain’s wonders, could never have predicted how deeply the leadership of the modern organisation would be influenced by the ideology that inspired woke mobs to demolish Western statues and vomit their hate over Western art.

Those trying to destroy Western history interpret the past selectively, seeing only the evils they want. They ignore the contribution former flawed leaders made, whilst ignoring their selfish lifestyles. Jesus’ comments on searching for a spec in another’s eye come to mind. They’re like the environmentalists urging for changes that force energy prices so high that the poor freeze in their homes, whilst flying home in their private jets, or the woke festival goers who transform beautiful fields into a rubbish dump.

Woke ideology has also impaired the vision of the leaders of the National Trust. This vast organisation thrives on volunteers who’ve been forced to celebrate LGBT+ attitudes, experience ‘unconscious-bias training,’ share gender-neutral toilets (men with adolescent girls), scorn their nation’s history because of the sins of long-dead forefathers and give in to every Twitter mob that challenges them.

The elderly, conservative and often Christian people who volunteer at the National Trust are quietly leaving. They will not placard the headquarters causing a riot; they silently quit. That’s one reason many sites and areas of buildings are often closed.

Why has the National Trust gone woke? What have the private lives of a minority of people got to do with preserving Britain’s treasures? Why has the Trust selectively read history? There are victims everywhere. What about the millions who suffered abject poverty working on these estates in history?

Millions of Britons descend from workhouse victims, not oppressors

What about all the workhouse inhabitants who served? What about the young women who were used in lust and thrown away to poverty by their wealthy owners? What about the soldiers sent over the trenches in World War I by estate owners? Why focus on the evils of European Colonialism, but not the Ottoman Empire’s, where many of the Trust’s items come from? It’s selective outrage for political purposes.

Caucasians in abject poverty did not experience white privilege

Woke ideology reads history selectively, choosing the victims and oppressors. It forgets that most people in history suffered in abject poverty and oppression was everywhere. It ignores the story of worldwide slavery and forgets millions of white people were also slaves.

Woke ideology derives from the bitter cultural battles tearing apart the United States. It should not be imported into Britain. Our Christian heritage has taught Britons to forgive the past and move on, get on with others and cherish our freedoms. I can’t imagine why the National Trust thinks it will entice visitors from minority backgrounds by evoking slavery. Do we want a nice day out or a lecture about suffering?

The British were the first to outlaw the Slave Trade in 1807 and slavery itself in 1833. Then the Royal Navy spent decades closing slave ports and freeing slaves. What about this story? Britain continues to help end the modern-day slave trade, comprising up to 40 million people today. Do we think of them? Perhaps the West should engage with ending slavery today, instead of digging up a selective version of history and dividing people by it. We are all sinners.

Daniel Defoe’s Robinson Crusoe, the Bible and his Spiritual Awakening 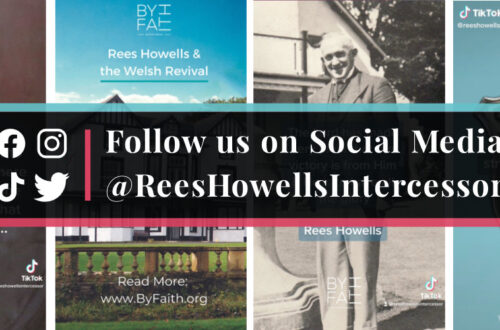 The Crisis of the 2020s – What is God Saying? Ten Signs of the Economic and International Turmoil of 2021 +