It’s challenging to express how immense Russia is. We spent five days and four nights on the Trans-Siberian Railway crossing from Mongolia to Moscow and we only saw a small part of the nation – land is not in short supply for Putin. Instead, he’s wed himself to a vision of a reborn Soviet Union with Ukraine forcibly made one with it. It’s the sin of Cain. Putin expected the Ukrainians to collapse and even celebrate his occupation, but the praying men and women of Ukraine have stood with Molotov cocktails in their hands, like Gideon’s men with their pitchers, and have given him a bloody nose.

Putin has done something analysts didn’t think was achievable. He’s united the West to stop kowtowing to dictators. Suddenly, they want to invest in defence and exploit their own natural energy supplies! Meanwhile, the battle for freedom, democracy, the rule of law and the hope of the gospel in Eastern Europe is being fought on the streets of Ukraine. Putin has proved he will devastate cities and inflict a tidal wave of misery upon millions, including those in Russia, to achieve his goal. The dictator has fully emerged.

From 1936, Rees Howells and his team of intercessors declared, “God Challenges the Dictators” (December 1939) and committed his team to intercession until the restoration of gospel liberty.

Today, the people of Ukraine are praying in their streets, singing gospel hymns in their underground bunkers and appealing to the West to provide them with the means to halt the dictator’s army.

For decades Rees’ son, Samuel Rees Howells, interceded for the demise of Communism and its antichrist values. Today, in the spiritual realm, malevolent forces are trying to restore the Soviet Union and challenge God’s victory over the spirit of Communism, and Ukrainians are resisting.

A battle for values requires a warrior with the tenacity to resist. Every Goliath demands a David. Ukrainian President Volodymyr Zelensky is the grandson of a Holocaust survivor and he knows through bitter experience that you cannot surrender to evil. He said, “Even if you destroy our Ukrainian cathedrals and churches, you will not destroy our faith, our sincere belief in Ukraine and God.”

Zelensky stands like Gideon, with faith in God, defending the rules-based order of the world. He is the Churchillian statesman of our time, declaring they will fight for liberty and God, in the towns, cities, streets and fields, until liberty returns. Biden offered him an evacuation and defeat (like Afghanistan), but Zelensky pleads for arms to struggle against the odds.

In this battle of prayer and might, Psalm 31 has become the national anthem of supplication for Ukrainians, as they worship, weep and plead God’s Word from their bomb shelters. Videos have appeared online of men, women and children praying these words and hoping in Christ.

Let me never be ashamed;

Deliver me in Your righteousness.

Bow down Your ear to me,

Be my rock of refuge,

A fortress of defence to save me.

For You are my rock and my fortress;

Therefore, for Your name’s sake,

Lead me and guide me.

Pull me out of the net which they have secretly laid for me,

For You are my strength.

Into Your hand I commit my spirit;

You have redeemed me, O Lord God of truth.

Whatever follows next in Putin’s folly, the world will pay an insufferable price. Ukrainian towns and cities are devastated, suffering refugees are flooding into Eastern Europe and Russia is experiencing an economic collapse. Russians will pay a bitter price for his aggression. Putin has stolen peace from the world and by ruining the Ruble, their pensions, savings and the bread in their baskets have all but shrunk. He’s decimated the rule of law, democracy, free speech and liberty in Russia.

Millions of Russians despise Putin and his war, and they pray for peace, longing for the day their dictator is removed from power. But in the broader world, fuel and food prices are soaring, and the international order of rules is under threat. We must pray and the West must give Ukraine all they need!

In Ukraine, the battle between barbarism and civilisation is being decided. It’s not Russia versus Ukraine, it’s imposed dictatorship versus freedom

What will future generations call this age? The age of absurdity! Whilst the elite in the West has been fighting over the definition of a ‘woman’ and searching for the phantoms of microaggressions, authentic dictators have rebuilt armies with Western money and technology. Going green has become a euphemism for dependence on Russian oil and gas, and decrying xenophobia has become the beguiling lie to allow China to decimate our essential supply chains, whilst they build concentration camps with the profit. Our governments thought they could print money without cost, borrow unsustainably and reject Christian values without a price being paid. May God wake the West from this echo chamber of sluggish self-deception.

For the last eight years, I have been receiving revelation from the Holy Spirit and writing a new book based on my experiences called The End Times, the Book of Revelation by Paul Backholer, released on 10 January 2022. Two things became clear to me as I sought God: First, the Antichrist will rise to power because of an unprecedented series of crises. Second, his coming can be restrained for a season by the Church living in Holy Spirit revival power. 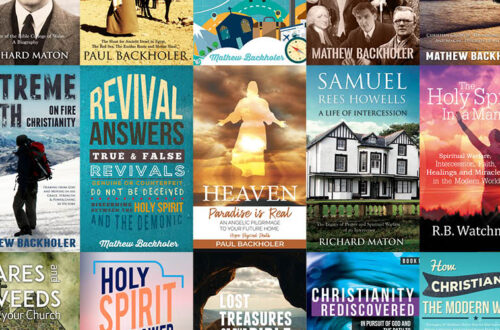 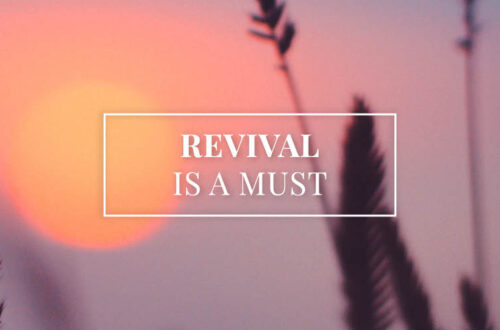