‘Except the Lord build the House, they labour in vain that build it.’ These words in Latin from Psalm 127:1 are inscribed in the stone floor of the Central Lobby, at the very heart of Britain’s Parliament. As part of my research for my books, I undertook an exploration of the Houses of Parliament and Big Ben. I found the Palace of Westminster to be full of Christian symbols and I will share a small part of the indagation.

It was on this site the death knell for the slave trade was served and laws to protect working people and produce democracy were passed. The modern Palace of Westminster is a Victorian building and the biblical quote from Psalm 127:1 at its heart declares the faith of its designers – all legislation must find its genesis in a Christian worldview. The Lord is good and as a consequence, God’s laws must be the foundation for all justice.

Parliament was founded upon a church. A Saxon church dedicated to St Peter was established on the site in the early eighth century. It became known as the West Monastery or West Minster. The East Minster is St Paul’s at the heart of London. When anyone goes to Parliament, they attend the site of the West Minster – the house of God in the West. By the tenth century, the church became a Benedictine abbey and a royal church.

The royal patronage of West Minster led to the monarch needing a palace nearby. Political power was to live beside the house of God and Edward the Confessor wanted something greater for the King of kings. He rebuilt St Peter’s, later to become Westminster Abbey, which stands adjacent to the modern Houses of Parliament and established a new palace for himself.

A great fire in 1834 destroyed the cornucopia of buildings known as Parliament and at their heart was St Stephen’s Chapel. This Chapel served as the Chamber for the House of Commons from 1547 to 1834. For three centuries, St Stephen’s was the site of great Parliamentary events such as William Wilberforce’s biblical cry for the end of the slave trade and slavery itself.

As Parliament was established in a church, the nature of democracy and debate in Britain was shaped by St Stephen’s. MPs once sat in the octagonal Chapel House debating and legislating. When MPs moved into St Stephen’s, they sat in the choir stalls facing each other and exited through a great screen, with double doors at the west end of the Chapel. This configuration gradually shaped the development of a two-party system of government and opposition. When a vote took place, MPs walked towards the screen and those in favour turned right, those against left. It continues today.

Inside St Stephen’s there was an altar with a crucifix. As MPs had to pass them to vote, they bowed their heads, to honour the Lord Jesus Christ. In said tradition MPs still bow when they enter or exit the chamber. Bringing “Order,” to Parliament is the Speaker, who used the Big Chair by the pulpit in St Stephen’s. The Speaker still climbs the steps to get to the Big Chair to view Members of Parliament, like a preacher in his church.

We owe today’s Victorian Parliament to the architect Charles Barry and the aesthetics to Augustus Pugin, known for his Christian zeal as ‘God’s architect.’ Both wanted the Houses of political power to echo the styles of the house of God.

The Chapel of Henry VII in Westminster Abbey became the inspiration for Parliament. This was not to be pagan Rome or Athens rebuilt; it was God’s house reimagined – a political force to end slavery, to give working people rights and correct wrongs.

‘Learn to do good; seek justice, rebuke the oppressor; defend the fatherless, plead for the widow’ (Isaiah 1:17).

With 1,100 rooms and two miles of corridors in Westminster Palace, there are over three hundred statues decorating the main facade, portraying the saints and sovereigns of England from Saxon kings to the time of Queen Victoria. Many of whom were devout in their Christian faith.

At the state opening of Parliament, the Queen arrives under the arch of the Victoria Tower and enters the Normal Porch, beside the stained glass window of Edward the Confessor. He was the pious last Anglo-Saxon King of England. The monarch then enters the Robing Room, which I found to be dominated by the five frescoes representing the chief virtues of Chivalry: Courtesy, Mercy, Religion, Generosity and Hospitality. The process of the Queen from the Robing Room leads to the Royal Gallery, which is surrounded by these Latin inscriptions:

When the Queen enters the red Lords Chamber, she enters the grandest room of the Palace. It is where the three pillars of British society – monarch, Church and Parliament meet. Members of Parliament pour into the Lords to listen to the Queen reading the government’s plans for the subsequent term of Parliament. They do so with the Fresco painting of The Baptism of King Ethelbert above. He was the first English King to convert to Christianity and the one who first dedicated the nation to God in the sixth century.

The Peers Corridor connects the House of Lords to the Central Lobby. Walking through, I found a series of paintings that highlight the Christian struggle for liberty. These include freedom of speech, peace from foreign enemies and the search for religious liberty. One shows the battle for the Supremacy of Parliament during the English Civil War and the Embarkation of the Pilgrim Fathers for the New World. I viewed a small boat, with men and women on their knees, dedicating North America to the Lord.

To the Central Lobby again we walk towards, ‘Except the Lord build the House, they labour in vain that build it.’ Another inscription states: ‘God save our Queen, Victoria.’ Above each doorway in the Central Lobby is a statue, one of St George for England, another St David for Wales, St Andrew for Scotland and St Patrick for Ireland.

In the Commons Corridor are murals depicting the events leading to the Glorious Revolution. This struggle ending in 1689, led to the supremacy of Parliament and the promise of religious liberty, based upon Scripture. This was an age with no distinction between religious and political liberty.

When one enters the green Commons Chamber, you find a plain room. This represents the humility of democracy. This Chamber belongs to all. As I stood by the Despatch Boxes, the Commons feels small. The Prime Minister and Leader of the Opposition stand here to debate and inside the Boxes traditionally reside the Bible and Torah, for Members to swear oaths before God.

When St Stephen’s Royal Chapel was destroyed by the great fire, St Stephen’s Hall was built in its place, retaining much of the shape and dimensions of the Chapel. The large paintings inside contain the story of King Alfred’s Long-Ship Defeat of the Danes, King John’s Assent to Magna Carta in 1215, Richard the Lionheart Leaving for the Crusades and Queen Elizabeth Commissions Raleigh to Sail for America 1584, amongst others.

Under St Stephen’s Hall is the Chapel of St Mary Undercroft. Built between 1292 and 1297, it is one of the few surviving parts of the ancient Palace of Westminster. In St Mary’s the Speaker’s Chaplain leads a monthly Communion service for Members of Parliament. It is frequently used for baptisms, weddings and thanksgiving services for Parliamentarians.

In the Commons each day the Chaplain says prayers for Parliament and normally, one must attend prayers to be guaranteed a seat in the House. Finally, the Moses Room is used by peers as their secondary debating chamber. It contains a substantial fresco called Moses Bringing Down the Tables of the Law from Mount Sinai. Another immense painting portrays the Prophet Daniel, showing him arguing the case of a vulnerable girl, who is a victim of older cynical authorities abusing their power. The Judgment of Daniel is a reminder to all Parliamentarians of the cause of justice for the poor, innocent and voiceless in society. The Lords thus sit under the watching eyes of Moses and Daniel.

The Palace of Westminster was rebuilt during a Christian age, with a Queen who loved Jesus Christ and put her heart at His service. Canon and later Dean Farrar was made an honorary chaplain to Queen Victoria in 1869. The Queen once asked this question:

“Chaplain, what do you think about the return of Christ?”

He gave his reply and added, “Your Majesty, why have you asked me that?”

“Oh,” the Queen replied, “I wish that He returns while I am still alive because nothing would give me more joy than to pass on the crown of Great Britain and India to Him with my own hands.” 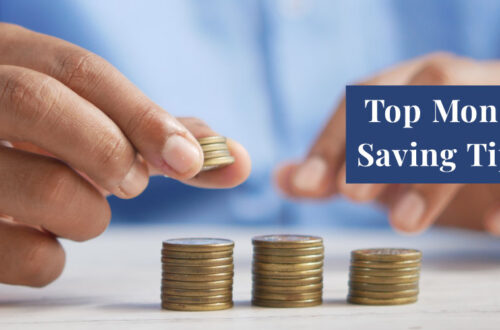 Top Money Saving Tips: Best Ways to Save on Spending and Survive the Inflation Storm