In the summer of 2020, the Holy Spirit revealed ten signs to our ministry for the coming decade and we published an article addressing these signs on the 1st of January 2021, as a prophetic declaration. How many have come to pass?

We’ve included the original text below, but now with headlines demonstrating what has happened thus far. Remember, the media cast the beginning of 2021, as a period of renewed optimism and they predicted things were going to get much better. Many signs have been fulfilled, but this is just the beginning…

1. Trust in Money will Fail

We have trusted in money instead of the Lord. Expect a global economic crisis. This will include personal debt crises, national debt crises, defaults and herculean deficits. 2020 was just the beginning (James 5:1-6). Look out for the phrase ‘Greater Depression’ – a period of national economies remaining smaller than normal, with sluggish growth. [That was written in 2020 and now the headlines from 2022].

No servant can serve two masters; for either he will hate the one and love the other, or else he will be loyal to the one and despise the other. You cannot serve God and mammon

2. Trust in Business will Decline

We have worshipped wealth instead of Jesus. Coronavirus has created zombie companies. These businesses are overwhelmed with borrowing. They are the living dead. The debt will overwhelm them and collapse will lead to shocking unemployment numbers. [That was written in 2020 and now the headlines from 2022].

You have sown much and bring in little; You eat, but do not have enough; You drink, but you are not filled with drink; You clothe yourselves, but no one is warm; and he who earns wages, earns wages to put into a bag with holes. Thus says the Lord of hosts: “Consider your ways!”

3. Trust in Governments will Sink

We have spent our children’s future wealth! Each time there is a crisis, governments borrow. World governments are sinking in debt (Romans 13:8). The United States and Britain have been heavily borrowing since 2001. China is drowning in secret debt. Europe is sinking. When electronic free money ends, our only answer will be Jesus. [That was written in 2020 and now the headlines].

4. Trust in the Stock Market will be Shaken

We have put wealth creation above the Great Commission (Mark 16:14-18). Governments have printed money calling it quantitative easing. This creates a bubble and it will burst on a global scale. The real economy is in crisis, but the stock market is booming. Watch out! Will it be like 2008 or 1929? [That was written in 2020 and now the headlines from 2022].

Command those who are rich in this present age not to be haughty, nor to trust in uncertain riches, but in the living God

5. Trust in the System will Diminish

We have put our trust in man instead of God. When hundreds of millions lose their jobs worldwide and governments cut spending uprisings follow. Look out for riots on Western streets and uprisings worldwide, similar to the Arab Spring. Governments will fall. What fills the void may be worse. [That was written in 2020 and now the headlines from 2022].

Woe to those who go down to Egypt for help…but who do not look to the Holy One of Israel, nor seek the Lord!

6. Trust in the European Union will Erode

God ordains the nation state and man creates post-Christian progressive unions of nations (Acts 17:26-27). The EU constitution fails to mention the Christian heritage of Europe. It shunned God. Following the 2008 crisis, the Euro almost dissolved. How will Greece, Spain, Italy and Portugal survive a second debt crisis? Expect EU leaders to demand harsh spending cuts and expensive bailouts. [That was written in 2020 and now the headlines from 2022].

7. Trust in Globalisation will Crumble

When the Soviet Union collapsed in 1991, the spirit behind Communism was bound. It has risen again in an aggressive China. Nations will have to choose. Religious freedom and democracy with the United States, or be squeezed by the belt and road octopus (tentacles everywhere). China is closing churches, has secret prisons and a million citizens are in ‘education camps.’ Will the love of trade surpass freedom? (Revelation 18:11-20). Watch how China treats Australia. [That was written in 2020 and now the headlines from 2022].

8. Trust in the Democratic Process is Diminishing

Satan wants a global union united against God. This is the end time goal God has warned about (Revelation 13:7). There will be a growing loss of confidence in the democratic process. Global elites will seek to wrestle sovereignty from nations. Christians must resist and can prevail. [That was written in 2020 and now the headlines from 2022].

9. Worshipping the Creature, Rather than the Creator

Am I my brother’s keeper? Loving your neighbour will become second to loving the spirit of Mother Nature. The poorest in the world will suffer from the ideology of the rich. They will adopt policies which make it harder for the poor to stay warm, fed and travel. Prices will rise above their income. The earth will be first. The elite will worship nature from their private jets and mansions (Romans 1:25). [That was written in 2020 and now the headlines].

10. Will there be a Christian Awakening?

The promised outpouring of the Holy Spirit in a great awakening is conditional. Christians must fufil the obligations of Scripture. Believers must stop merely quoting 2 Chronicles 7:14 and start to apply the precepts. Christian leaders must adopt the attitude of brokenness exemplified by Joel 2:17. The Lord has found people before. He will find people again, but when?

If My people who are called by My name will humble themselves, and pray and seek My face, and turn from their wicked ways, then I will hear from Heaven, and will forgive their sin and heal their land

Let the priests, who minister to the Lord, weep between the porch and the altar; let them say, “Spare Your people, O Lord and do not give Your heritage to reproach, that the nations should rule over them. Why should they say among the peoples, ‘Where is their God?’ ” 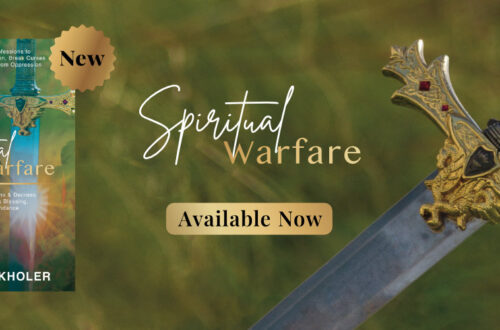 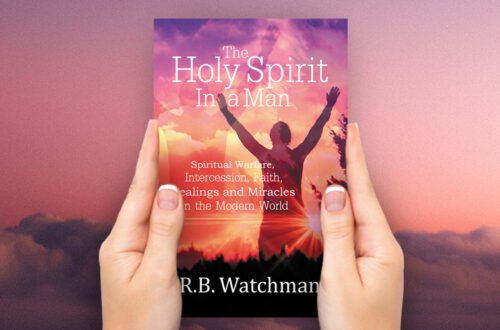 The Holy Spirit in a Man