We know that we are of God, and the whole world lies under the sway of the wicked one

‘Is the day coming when our country will have to look to God and to Him alone, to deliver us from this black spectre of Hitlerism?’ wrote Rees Howells in late 1939. ‘Will God have to step in as He did in Biblical times to deliver our nation, because we are fighting solely for freedom and religious liberty?

‘Open your Bibles to the Book of Judges to where God told Israel to go against Benjamin, because they refused to give up those men who had committed a certain folly in their tribe (Judges 19-20). And it is for exactly the same reason that England and France have gone against Germany, asking them to give up those Nazi leaders who have committed crime after crime against their own people, the German Jews, and the smaller nations around them, the Czechs, the Poles, and the Austrians.

‘But remember this – the Benjamites were fighting for their lives, while Israel (Judah) was only fighting for a principle. This seems to be a true illustration of the war today between Germany and the Allies. Whilst we are fighting for a principle, Hitler and the Nazis are fighting for their lives; the Nazis do desperate things because they are a thousand times more desperate than we are. Hitler knows well that he is making a last bid to save his life of crime, as do his Nazi leaders whose consciences must give them much uneasiness; and they will use every evil device to help them, as they did in Poland….’

‘So Christian England will have to do today as the Israelites did in their day:

The children of Israel inquired of the Lord, saying, ‘Shall I yet again go out to battle against the children of Benjamin my brother, or shall I cease?’ And the Lord said, “Go up; for tomorrow I will deliver them into thine hand”

‘It may be that we, like the Israelites, will have to cry out to God in our extremity for the help, which will certainly come. The Benjamites made their last desperate bid to save the tribe, but God wiped them out on that day. And it may be the same with Germany, who are today intact (for so far it has only been a war of blockade), and they will have to be desperate indeed before they will voice the word “surrender.” For have not all the Nazi leaders, like Hitler, pledged themselves to die before they surrender? They know already what is coming to them.

‘…May it be a warning to England to stand to the end under the shadow of the Almighty, and to obey His constant guidance. May we cry to God as did the people of Nineveh when Jonah predicted their doom. The ruler of that mighty city “arose from his throne, and he laid his robe from him, and covered him with sackcloth, and sat in ashes,” and he called all his people to “cry mightily unto God: yea, let them turn everyone from his evil way…. And God saw their works, that they turned from their evil way; and God repented of the evil….and He did it not” (Jonah 3:1-10).

‘If God saved wicked Nineveh when it repented and cried for help, He will save Christian England and He will even save the Modernists in Germany (the New Theologians), who have made such a mockery of the Book of Jonah….’

God said to Jeremiah, “These nations shall serve the king of Babylon seventy years. And it shall come to pass, when seventy years are accomplished, that I will punish the King of Babylon, and that nation. I will bring upon that land all My words which I have pronounced against it. I will recompense them according to their deeds…”

‘So shall it be with the Nazis. The Lord has made known to the College that He is going to destroy Hitler and the Nazi regime, and the College has predicted it beforehand through the Daily Press, that the world may know that it was God, and God alone who scattered the dictators, and bound the Devil that he could never unite them to fight side by side against God and the right.

‘God isolated Germany, and caused to go against her, England and France, who have repeatedly said that they are not fighting against Germany as a nation, but against Hitler and the Nazi régime, and they will not make peace with Hitlerism. …Speaking on behalf of the Empire, Mr Chamberlain said, “We unitedly reject it.” He added that it would be impossible to make peace with the present German government, for Hitler and his Nazis could never be trusted again.

Thus says the Lord of hosts: “The children of Israel were oppressed, along with the children of Judah; all who took them captive have held them fast; they have refused to let them go. Their Redeemer is strong; the Lord of hosts is His name. He will thoroughly plead their case, that He may give rest to the land, and disquiet the inhabitants of Babylon”

This article is based upon pages 71-73, 101-102 from Rees Howells’ God Challenges the Dictators by Mathew Backholer. 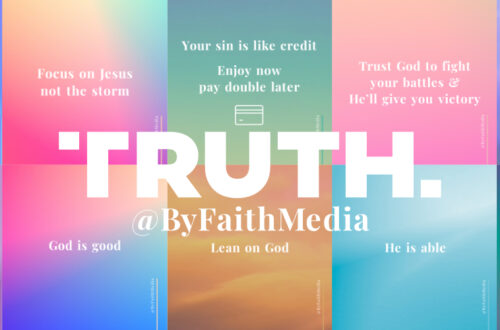 A Brief Overview of Each Book of the Bible – Part 2