Therefore they set taskmasters over them to afflict them with their burdens, and they built for Pharaoh supply cities, Pithom and Raamses

When my brother and I explored ancient Egyptian tombs and temples to produce a book and documentary about the Exodus, we were keen to observe any evidence that reveals Egypt’s connection to the people of the Bible.

In a tomb at Beni Hassan, we found a scene of the migration of Semitic people entering Egypt – women, children, animals and a man with a handheld instrument like the one David played before the Ark of the Covenant. The Bible says, ‘Now Israel loved Joseph more than all his children because he was the son of his old age. Also, he made him a tunic of many colours’ (Genesis 37:3).

Ancient Egyptian artists used a standard style for drawing and identifying foreigners. These Semitic people differ from the characterisation of the Egyptians all around them, for they incorporate sharper features, different pigmentation and the men have pointed beards. These paintings date to the time of Joseph and those characterised are wearing multi-coloured coats. This composition acts as an interesting confirmation of the description the Bible presents for Joseph and his family.

As we journeyed into what the Bible calls the Land of Goshen, we discovered excavations revealed a Semitic city called Avaris. This centre was vast and archaeologists found the foundations for many structures. The Semitic people who lived here became powerful and their leaders governed vast areas of ancient Egypt.

Pharaoh said, “The land of Egypt is before you. Have your father and brothers dwell in the best of the land; let them dwell in the Land of Goshen”

Espied amongst the ruins were several royal seals bearing a name from the Bible, Jacob. Joseph’s father is identified as Jacob in Scripture. They also unearthed an empty tomb strangely emptied of its bones (grave robbers don’t want bones), with a statue of a Semitic ruler in Egypt, who is dressed in a multi-coloured coat. When the Israelites left ancient Egypt, they emptied Joseph’s tomb taking his bones with them.

Moses took the bones of Joseph with him, for he had placed the children of Israel under solemn oath, saying, “God will surely visit you, and you shall carry up my bones from here with you”

In our exploration of Egypt, we learnt the ruins of the cities of Avaris are in the same area identified by the Bible as the Land of Goshen. In Avaris, archaeologists also recognised the remains of homes that constitute the same design later found in ancient Israel, where the people of the Bible lived.

The people who lived in Avaris were a Semitic people called the Hyksos and they left Egypt in one mass Exodus, being expelled by Pharaoh Ahmose. Some scholars believe the Hyksos are the Hebrew slaves, stating all the similarities and noting that after they fled Egypt, they disappeared from history. Whilst others think the Israelites lived amongst the Hyksos and it was their departure that explains the beginning of the fierce persecution of the Hebrews by the Egyptians. Some confuse the two people groups.

So the Egyptians made the children of Israel serve with rigour and they made their lives bitter with hard bondage – in mortar, in brick and in all manner of service in the field

In ancient Thebes, we explored an Egyptian tomb of a prime minister of ancient Egypt, which contains paintings of slaves. In Rekhmire’s Tomb, several men are portrayed in service and the hieroglyphic text identifies them as captives. They are painted with the characteristics used in previous tombs for Semitic people.

One scene shows a man making bricks and overseeing them is a tall Egyptian and the text says, “The rod is in my hand, be not idle.” In the Bible, the children of Israel are beaten for not fulfilling their quotas and they are told, “You are idle.” 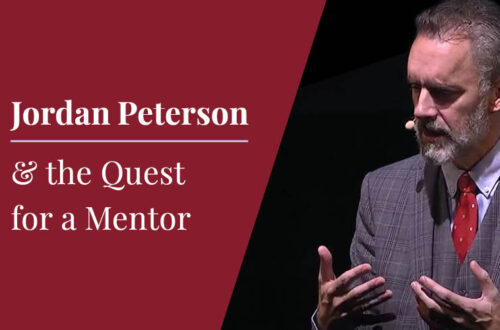 The Conviction of the Holy Spirit Versus the Condemnation of Satan