The sixties changed everything. The Beatles burst into a world gasping for breath, from an age of post-war bleak austerity. It was all just a laugh to begin with. Partying replaced serious life choices. Promiscuity shunned commitment and responsibility. Consumerism hypnotised the soul. “God is,” they said, “a myth.”

Into this world a young Howard Conder made his mark, playing the drums for big bands and taking home a packet of money. Soon he drove a Rolls Royce, hung out with his mate David Bowie and Eric Clapton greeted him by name. Howard played gigs with the revered celebrities of this ‘golden age’ of the sixties revolution and he passed members of the Fab Four in music offices. He judged the audition of an unknown band called the Bee Gees and when he became a producer, he rented equipment and studio space to the Rolling Stones and Bob Marley. He was in with the in crowd.

There was only one problem. It was all a mirage. The vacuum of celebrity was in the ascendancy. Young people chased illusions. The film and music heroes of this new generation felt empty and disillusioned. Exhausted by gigs they turned to drugs, sexual perversion and became alcoholics. Some turned to the ‘spiritual east’ seeking a way to balance spirituality with their millions. After meditation, they sought a ‘throwaway girl’ for sex and then drugs. It was “deep man,” they thought.

A shocked Howard Conder clambered to get out of this scene. He wanted nothing to do with it. If he stayed inside, warns his biographer Gordon Pettie, he would become another conceited celebrity hypocrite. There was no room for compromise. There had to be more to life.

Pettie’s book Hey Howie pulls back the curtains of the beloved illusion of the sixties. John Lennon, the high priest of “Peace and Love,” championed abstract love. He wanted war to end and others to be kind, but as his son Julian Lennon testified, he didn’t feel this message applied to his real life. Speaking to the Telegraph Julian said, “I felt he was a hypocrite. Dad could talk about peace and love out loud to the world but he could never show it to the people who supposedly meant the most to him: his wife and son.”

True love is a man crucified on a cross for others. It’s an elderly Christian woman washing the feet of the homeless, hoping no-one asks her name or takes a photo. “It’s not about me,” authentic heroes say. They give without asking for anything in return. They follow Christ’s example.

Howard, we learn, is exhausted by the mirage of celebrity and seeks something real. After a long struggle and many false turns, he finds true meaning with faith in Christ. Finally, he discovers, there is a Prophet of peace and love who lived His message and has the power to change lives. His name is Jesus.

Gordon Pettie’s chronicle of Howard Conder’s life, his early music career, conversion, missionary and media ministries, is told with raw honesty. It is no hagiography. It portrays Conder at times, as a broken a man. Someone who can lean towards melancholy and will pay whatever price necessary to fulfil the will of God. Conder played a leading role in launching Christian TV in the UK and his influence is felt worldwide.

When Revelation TV was founded in the United Kingdom, Howard Conder and wife Lesley sensed they were pushing a boulder uphill. At any moment it could crush them. Risking their shirts frequently, they threw their lot in with the Lord. The last seven years, they recently declared, have been a nightmare. No work of God is established or maintained without a bitter struggle. They need our prayers.

Forthright and approachable, Howard and Lesley Conder founded Revelation TV with genuine kindness under pressure. They know many viewers by name. The story of their struggle, written by Pettie, is an easy read, told with warmth and honesty. Finding Conder on the inside of the sixties revolution, who is then redeemed and serving Christ, is encouraging. No one is beyond God’s reach. If you read Hey Howie, get ready to feel uplifted, compassionate and inspired.

God Will Deliver us from the Dictators by Rees Howells, 1939

Live Your Life to the Full 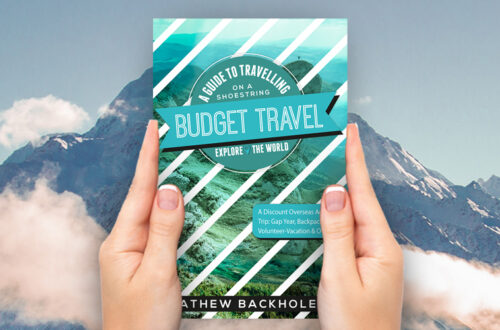 Budget Travel, A Guide to Travelling on a Shoestring